Orbs, Blue Meanies, and the Truth

Orbs,  Blue Meanies, and the Truth

There has been a lot of discussion in the past few years in the UFO community talking about what are called orbs. These small balls of light have been described in different ways, and there are a great many theories as to what they represent.

Some think of orbs as devices that aliens move around in. Some think of them as souls of dead people. Those who are fearful think of them as evil, calling them things like meanies. Then there are those stuck in a materialistic religious belief system that discount orbs as drops of water and dust reflecting the flash of the camera.

I will maintain that this is a relatively new phenomenon. If one goes back in history, they will of course be able to find a reference here or there of a small ball of light which seemed intelligently controlled. My contention would be that the references would be few and far between the farther one goes back into history.

I think history will support me when I contend that the evidence shows clearly that the orb phenomena took off when digital cameras and infrared security monitors came into widespread use. People started showing orbs that were various sizes and colors. As the awareness developed we came to see that smoky patterns were also being photographed with the orbs. This led to photographs that showed clear beams of light coming down from the sky.

This camera correlation, however, does not mean that digital cameras produce orbs. There are many photographs were taken with 35-millimeter film that also produced orbs such as the one wedding photo from 1976 shown below.

Here from 1976 is a picture taken on 35-milimeter film showing a clear orb,

exactly like those produced by digital cameras. Photo Janet Dorian

I have hosted whole series of orb panels which were broadcast on my WhiteHouseUFO YouTube channel. These panels consisted of people from around the world who had photographed orbs. Most of them had collections that numbered in the thousands. I made an estimate based upon all the orb books and orb Facebook sites, that there would be in excess of 1,000,000 orb photographs in the world.

Here are a couple of the hundreds of orb photos that were shown during our panel on orbs.

Here is another taken in Canada.

Popular posts from this blog

Bob Lazar- The Truth in One Short Story 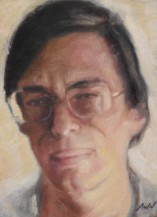 Bob Lazar- The Truth in One Short Story Robert Lazar as painted by Doug Auld Today’s story comes in light of the rumor that another government hearing is about to take place on UFOs, and that whistle-blowers from the crashed saucer programs will be given immunity to come forward and talk to congress. Anybody who would look through my files on the paranormal after I have left the stage having played grant, would notice that I am a big fan of quotes. Nothing is more satisfying then reading someone who can condense a complex idea down to one or two sentences. The latest one that I have put in my collection comes from the radio show Spaced Out Radio, run by my good friend Dave Scott. I have been on Dave’s show many times, and as a fellow Canadian we have worked on and discussed pushing the process of disclosure within the Canadian government. Dave runs his show every night and has had most of the big-name researchers from the fields of UFOs, Sasquatch, and other paranormal categori
Read more

The 1965 Northeast Blackout, UFOs, Continuity of Government, and the Johnson White House 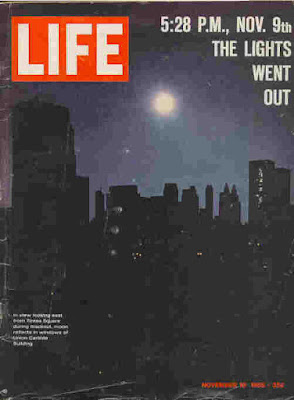 At 5:16 PM. November 9, 1965 the Great Northeast Power Blackout occurred. The commonly told story is that the failure began at the Ontario - New York border, near Niagara Falls (Sir Adam Beck No.2 Generating Station at Queenston, Ontario). Supposedly a transmission line at the Niagara generating station failed and within seconds five other transmission lines became overloaded and tripped. At this point generators began shutting down and the entire the northeast power system became unstable and separated into isolated power systems. Within five seconds 30 million people were in the dark. It took up to thirteen hours to get the power back up. There was a lot of evidence that showed UFO sightings being reported in connection with the New York City Blackout. In addition to the reported sightings prior to and during the blackout, there were reports that indicated the UFOs might actually have caused the blackout. If true this would have support from other historic UFO cases that ind
Read more
October 10, 2022 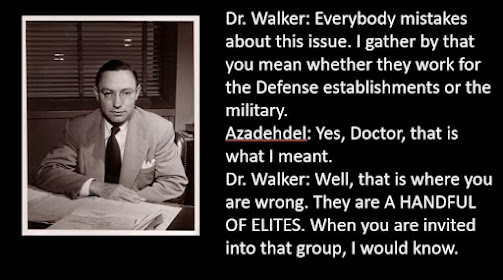 The Kit Green UFO Investigation  Throughout 1989, there were discussions with researcher Bill Moore about the developing the Dr. Eric Walker story.  Walker was the former chairman at the Institute of  Defense Analysis and President at Penn State University. He clearly hinted that he knew how the UFO story had been hidden in 1947, and clearly expressed that the truth would never be made public. Moore offered to help as well as to find out for himself exactly what Walker’s role might have been. “I find myself essentially in agreement with what you have to say.”  Moore wrote me in September of 1989. “I do not know what is going on with Walker either, but I am convinced something is. That is why I offered to help.” This effort to help by Moore led to one of the most dramatic and high-level conversations on UFOs ever to become public.   “My source is also very interested in this matter and will do anything that he can to help,” Moore stated. “Not
Read more